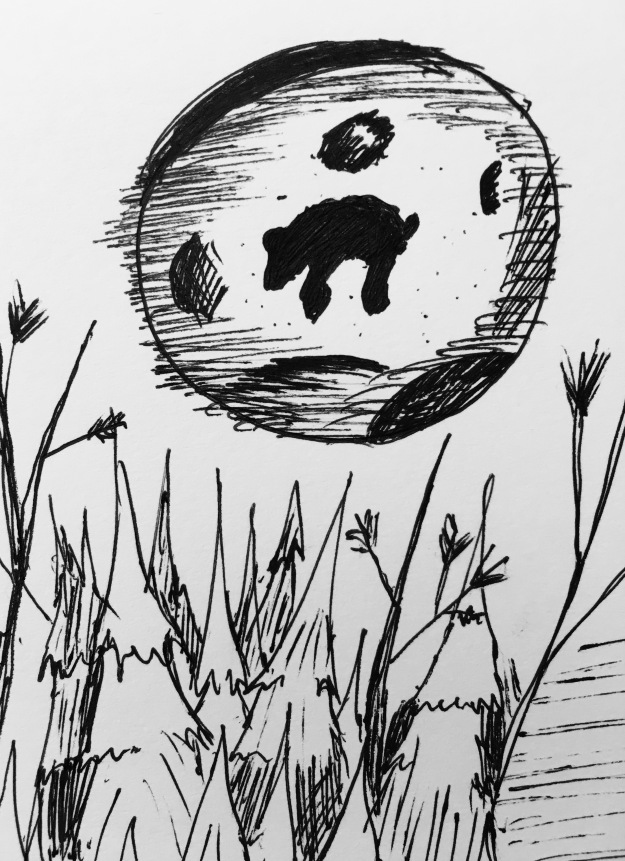 That the sun has such a lovely complement in the sky, a calm partner who takes care of the forest while the sun goes down to rest or plan or whatever else the sun might do when it falls, is something I have always admired. Sun goes down. Moon comes up. Moon goes down. Sun comes up. So on and so forth, in lovely sync. You can even sometimes see them both at the same time. It is one of the few predictable shows of the forest. The sun will go down. The moon will come up (though, once in awhile, it does not, but that is okay, everybody needs a break).

Sometimes I wonder if the sun or the moon even knows about their respective opposites, though. Does the sun know, or even care, that the moon picks up its work during the cool, gloomy nights of the forest? And the moon? Does it realize that we get most of our warmth and light from the sun?  Does it care?

I have a feeling that the two are completely unaware of one another, which makes me wonder about any possible complements I might have that I am unaware of. The idea of some moon bear out there in the forest, doing bear things that I do during the day just so the forest can have some kind of bearness going on even while I rest, is very intriguing to me. I would love to know that bearness similar to mine is being represented in the forest even when I am unable to represent it.

I stayed out late recently to try to find out. I walked about the forest as the surprisingly bright moonlight flooded the forest floor and guided me. It was nice to feel the cool night air, but it was unfortunate to not stumble upon any such moon bear. I found no bears at all. I found no moon-anything at all. The only moon there was was the moon itself. I entertained the idea of maybe all the trees I saw being moon trees because of their overwhelming darker, calmer colors, but then I remembered that was just because they were not bathed in sunlight.

I went back to my cave. I slept. I woke up wondering if I had just missed the moon bear. Maybe it was looking for me, the probably sun bear, at the same time I was looking for it. Maybe it was taking its rare break from its duties like the regular moon does ever so often. Maybe the moon bear exists and we are not meant to meet. Maybe it is possible to see us at the same time, at the right place, at the right angle, but we can never see one another. We just chase each other instead, never actually meeting.

2 thoughts on “A moon bear to replace me while I sleep.”