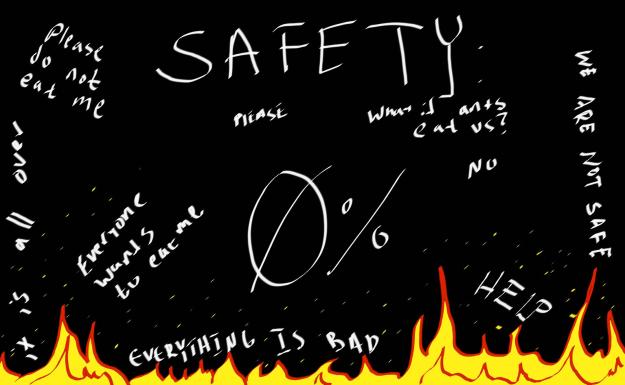 You are not safe now. You chose to stop doing nothing at the worst possible time, and now you face the consequences of not feeling safe. The moment you moved from your standing and doing nothing post, that hawk that you thought flew away realized you were an actual creature and not a fuzzy rock. It struck you in the eye with its horrible beak after dive-bombing at you. Your eye hurts. You brain hurts. You are filled with regret.

You tried to feel safe, but you ended up not being or feeling safe at all.

You are a bear.